SO MUCH TO SEE AND DO

The hotel is on the doorstep of the ancient archaeological city of Patara, once a thriving port of vital importance on the Mediterranean trade routes.

According to Mythology Apollo was born here and it is also the birthplace of St Nicholas, who later went on to become the bishop of Myra.

The old city now forms part of a protected area along with the beach. The site is fascinating-the remains part buried in the sand, evocative and intriguing-they include a theatre, baths, temples, granary, a magnificent main street and the stunning triumphal arch.

Excavations are carried out each year. One of the major excavations in recent years has been the reconstruction of the Bouloutrion (the ancient Lycian parliament building). The seat of one of the first democratic parliaments in the world. This has attracted a huge amount of international interest. Work has also taken place excavating and strengthening, what is believed to be one of the oldest standing lighthouses in the world. The light house stands at where would have been the entrance to the harbour of Patara.

Several hours can be spent exploring this fascinating archaeological site.

The Southern Mediterranean coast of Turkey is known as the Lycian coast. There are many other archaeological sites to visit in the area, al dating from the Lycian period and all set in stunning locations. The most impressive of these, within easy reach of Patara are:

Xanthos:
A 15 minute drive from Patara and once the Lycian capital. This beautifully located world heritage site stretches along a high rocky outcrop high above the River Esen.

Letoon:
Only 4km from xanthos, located near to the sea. Letoon was the main religious centre of the Lycian League where three temples were built side by side

Pinara:
Once ranked among the 6 most important cities in ancient Lycia. Pinara is set in a stunning location with magnificent views. Not for the faint hearted as it requires a lot of hill climbing!

Tlos:
One of the oldest and most important cities in ancient Lycia. Tlos has a dramatic mountain location with incredible views. It boasts an ottoman castle, an amphi theatre, baths and several rock cut tombs including that of Bellerophon.

A striking honeycomb of rock-hewn Lycian tombs and a well preserved Greco-Roman amphitheatre, which includes many incredible theatrical mask carvings.

Kekova:
A long narrow island opposite the harbour village of Ucagiz. Along the shore of the island are Byzantine, Roman and Lycian ruins, partly submerged below the sea and known as the ‘sunken city’. The result of several earthquakes in 2nd century ad. Foundations of buildings, old staircases, door arches and the harbour can all be seen (accessed by boat only)

Simena
An old greek village, in the Kekova area, accessed only by boat. The old village houses are dotted amongst ancient Lycian and Roman antiquities. At the top of the hill overlooking the village is a Byzantine castle inside which there is a roman amphitheatre (hewn out of the mountain rock) and several rock tombs, The climb up to the top of the castle is rewarded with breath taking views of the surrounding area.

Around 300ad, during a prosperous era for Patara, a rich wheat merchant had a son and named him Nicholas. Many years after the death of his father, Nicholas inherited a large estate and decided to use it to aid the poor. At around the same time, one of Patara’s wealthiest men fell into poverty to such an extent that he lacked the means to gather dowries for his daughters. He felt so desperate that he even considered selling his daughters. Nicholas decide to help them-he entered their house secretly in order to remain anonymous and spare the family’s honour.Whilst they were sleeping, he crept in through an open window and left a bag of gold, to cover the dowry of the eldest daughter. Later he then helped the two younger daughters in the same way, but as the windows were closed, he dropped small sacks of gold down the chimney. The small bags of gold landed in their shoes which were drying in front of the fireplace. This is one of the many stories that started the legend of St. Nicholas delivering gifts to children. Now on the 6th December every year, children in many countries in Northern Europe eagerly await a visit from St. Nicholas, leaving small gifts and sweets in their shoes. At St. Nicholas Church in Myra (Turkey) there is a church ceremony every year on the 6th December in the church where St. Nicholas became a bishop. 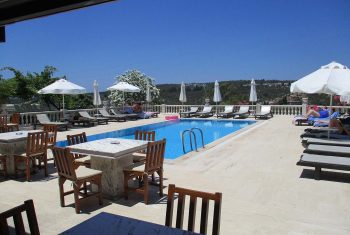 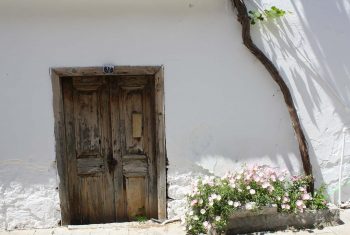 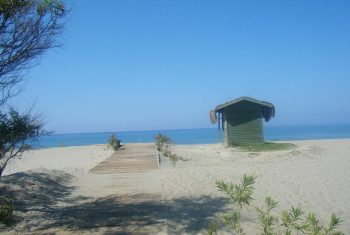 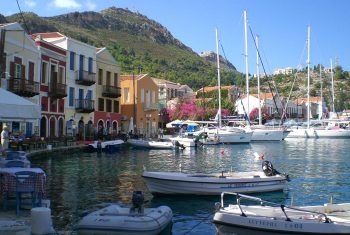 Lots of places to visit 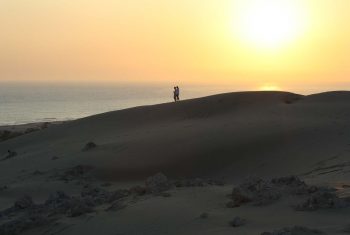